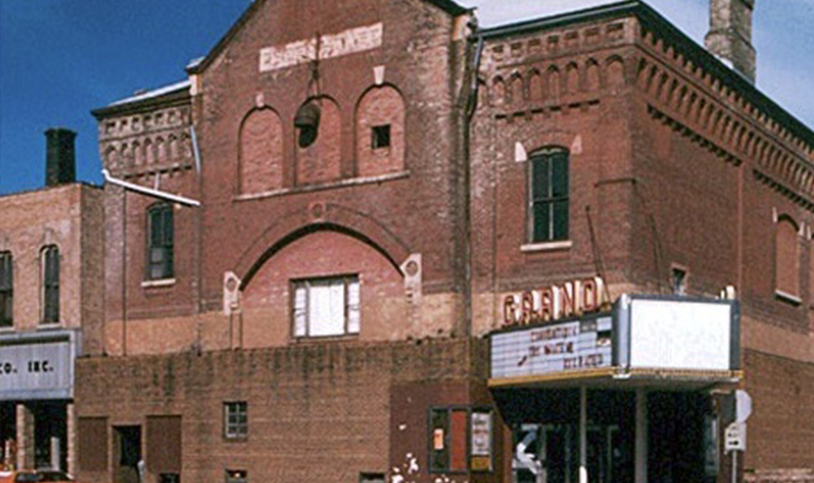 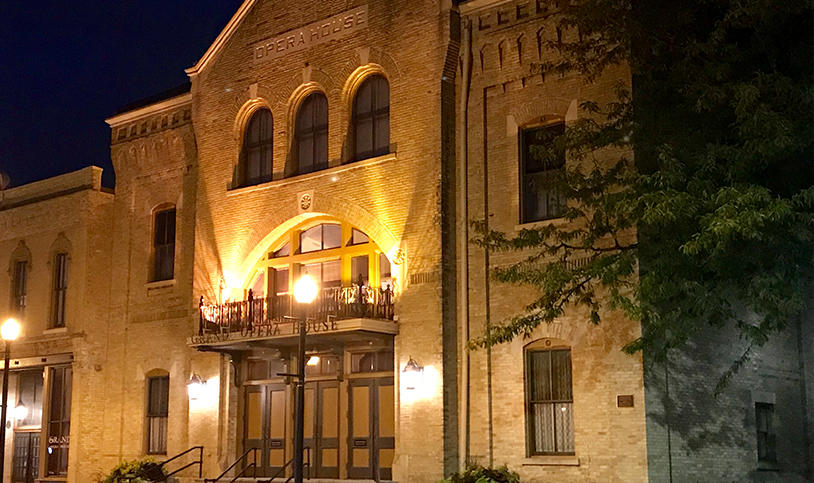 The Grand Opera House located on 100 High Avenue, across from the sundial, was built in 1883 by William Waters. The Opera House was built to give Oshkosh a first-class live theater for anyone who wanted to see a live show. The Grand improved the status of Oshkosh, and host performances as well as events. Many people have performed at The Grand such as Susan B. Anthony, Helen Keller, Charlie Chaplin, and the Marx brothers. The Grand also includes universal and timeless paranormal activities, such as a woman in a Victorian dress, a stage manager, a boy and a dog that are rumored to haunt the basement. The Grand wasn't only around for shows and plays though. The Grand has had many different names as well as many purposes. For example, The Grand started with live performances went to silent movies, talking movies, and adult films until it was restored and became a live performance space. The Grand was renovated in 1986 as well as 2009. The renovation in 1986 re-did the entire building, whereas the renovation in 2009 added a new roof and diner. The Grand Opera House still brings live entertainment to the city of Oshkosh attracting tourists from near and far; which benefits the local businesses. 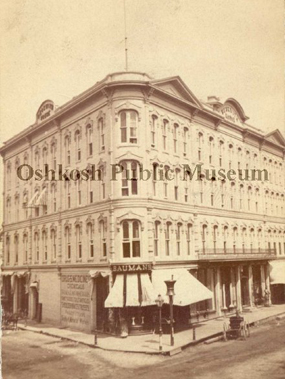 The Beckwith was an elegant Victorian style hotel designed by William Waters, it was a place where vendors were able to groom their businesses by displaying their products. The Beckwith had the best interior money could buy. But on December 3rd, 1880 the Beckwith was set on fire caused by a tipped over kerosene lamp and burned down. The fire killed two workers and one civilian. After the fire burned the hotel down the owner Samuel Beckwith was unable to build the original four stories because of insufficient funds, but he did have the funds for the first two.
The first story of the hotel was turned into Continental clothing, a frame shop, and a Walgreens. The Beckwith Hotel is significant today as the New Moon Cafe, it provides an area for students and businessmen to sit down and do work, as well as studios for upcoming artists to create. Another part of the Beckwith is known as House of Heroes, which is a very well known comic book store that celebrities like Machine Gun Kelly have came into the store multiple times. The other two addresses from the original Beckwith are House of Heroes and Satoris imports.