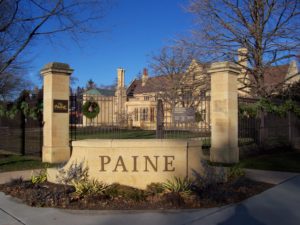 The Paine’s initially purchased a site outside of Oshkosh on the south shore of Lake Butte des Morts for their “country estate”. However, they realized that it would be difficult for the public to visit there and eventually decided upon the property on Algoma Boulevard. Construction began in 1927, and the exterior structure was completed by 1930. As the Great Depression cripped the Paine Lumber Company, all remaining work on the house came to a halt by 1932. The property received only minimal care and attention until 1946 when Nathan and Jessie finalized legal plans to establish the estate as a museum. Nathan died in 1947 at the age of 77, and following his wishes, Jessie oversaw the remaining work which readied the house for opening to the public in 1948. Neither Nathan nor Jessie ever lived in the house, and they had no children. Until Jessie’s death in 1973 at the age of 100, she served as the museum’s president while residing in La Jolla, California, near her sister Mary. 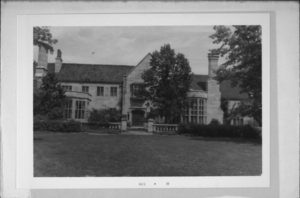