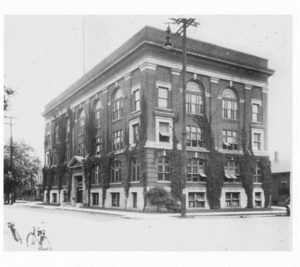 The Fraternal Reserve Building is located at 105 Washington Avenue, at the corner of State Street. The construction of the building began in 1913 and was completed in 1914. It was commonly known as the F. R. A. building. It was designed by local architect Henry Auler. The Fraternal Reserve Association of Oshkosh was incorporated August 8, 1902 and was in the fraternal insurance business. In 1930, the firm merged with the Equitable Fraternal Union, a nonprofit fraternal life insurance company, of Neenah, Wisconsin, and its assets were moved to that city, where the new company was renamed the Equitable Reserve Association. The building is now called the Washington Building and is used for offices. 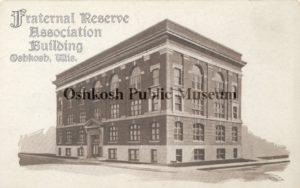