Crackle, Pop, Snap! A hot screeching flame erupts in Sawdust City. It spreads quickly with its catastrophic heat, turning everything it devours into ash. Families crying out to each other while becoming engulfed in a blue and orange blaze. The flame explored all the cuts and curves of every splinter spreading like a tsunami. It abolished every standing tower until all that is left is charred remains of the soldiers that fought to keep them standing. As it races to the finish line the flame slowly simmered down and crossed the finish line leaving footprints along the way. The foe made sure to end the fight with remains of their victory. The smell of smoke and ash lingers around the nose of those who come to remember, or those who want answers of what happened in 1875. It may lead down to a very creaky, worn companionway to uncover the verity. All they have to do is look up to the charred beams in a confined, mucky, dirt covered vault of a small premise that holds great antique value. The history of something so horrific never fully vanishes, there will always be a small piece that sticks around to be remembered. The conflagration may have taken the surface and sky of the city, but it didn’t take the people or the foundation and supports. Still today many buildings stand strong with the white and black smokey colored wooden support beams that survived the terrible fire. 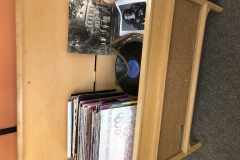 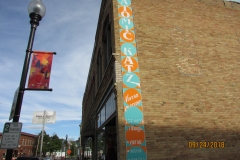 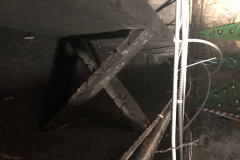 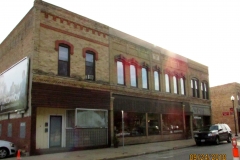