The Owners Throughout the Decades- Mia Laufer 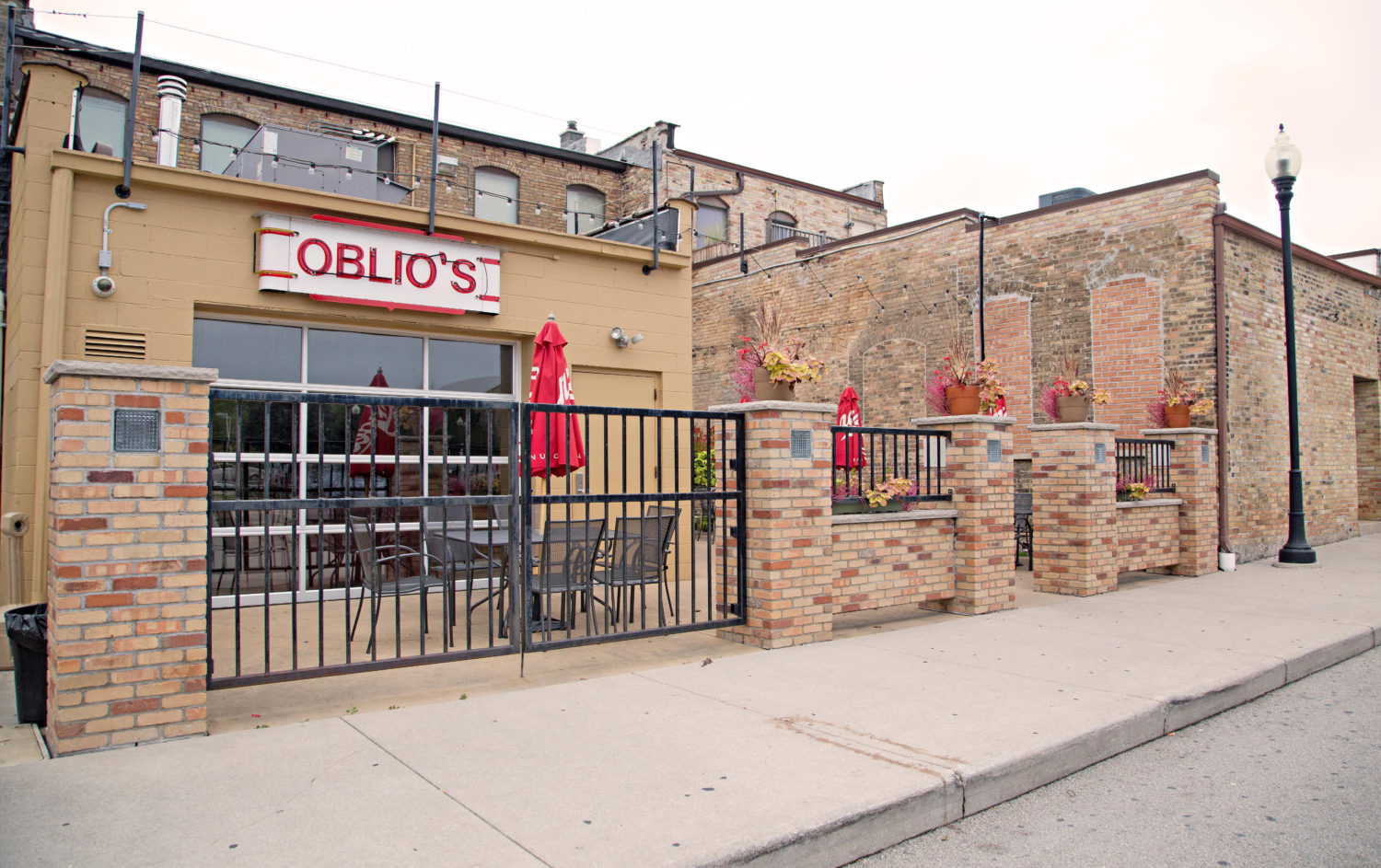 The Dichmann Block has always had diverse owners; William Dichmann, a former mayor of Oshkosh, was the very first owner. He was the first one to start construction on the building. The Dichmann Block was established in 1884 and was then being used as a beer hall/ tavern. In 1920 prohibition against alcohol began and the beer hall was replaced by a soft drink parlor that was commonly known as a speakeasy.
By 1937 there was a new owner, John Konstantine Kuchubas. John married Elsie Zwickey who was a native to Oshkosh. John ran a pool hall with the help of his brother-in-law John Zwickey before he opened John Brown’s Bar here. John was a Greek immigrant and wanted a run-of-the-mill American name for a bar. John Brown’s Bar was on the north half of the building. The south half which use to be the Beer hall was still empty. The two halves of the building didn’t become one until around 1979.
Mark Schultz, one of the owners of Primos an Italian-American steakhouse, is also part owner of Oblio’s Lounge with Todd Cummings. They are the last two to own The Dichmann Block. They purchased the building in 1979 after they graduated from the local college, University of Wisconsin Oshkosh. Todd Cummings and Mark Schultz were one of the first owners to do something with the upper part of the building. They renovated the upstairs in 1987 into four apartments. Mark and Todd are the ones that have owned the tavern the longest.