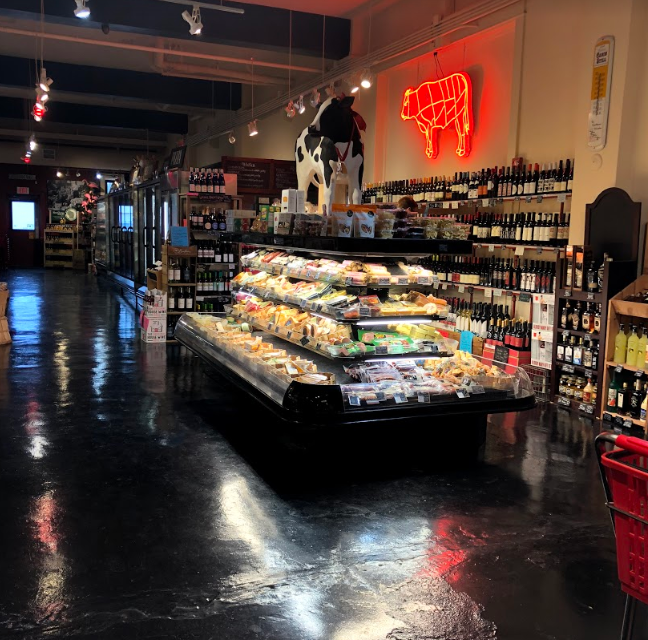 He was a beginning and successful business owner, looking to expand. Kris Larson purchased the former Wagner Opera House, and furniture store at the time it was purchased, from a man named Terry Laib in 2013 and started his meat market business about three years after the fact. Some of the main reasons he decided on purchasing this building were because downtown Oshkosh was an important place for him, as he grew up in Oshkosh and attended North High School. He also thought the location, which is on the corner of 502 N. Main and W. Merritt, close by Kitz and Pfeil and the building itself was perfect and he believes he’s lucky to have the building and wouldn’t have picked another. Prior to purchasing this building, Kris and his wife had already owned Beckets, a restaurant down by the Fox River. He had originally re-named the building, “Ski’s Meat Market”, and about three years ago had changed the name to, “Wagner Market”, as he thought that using the Wagner name would be more significant to the history of the building and downtown Oshkosh.