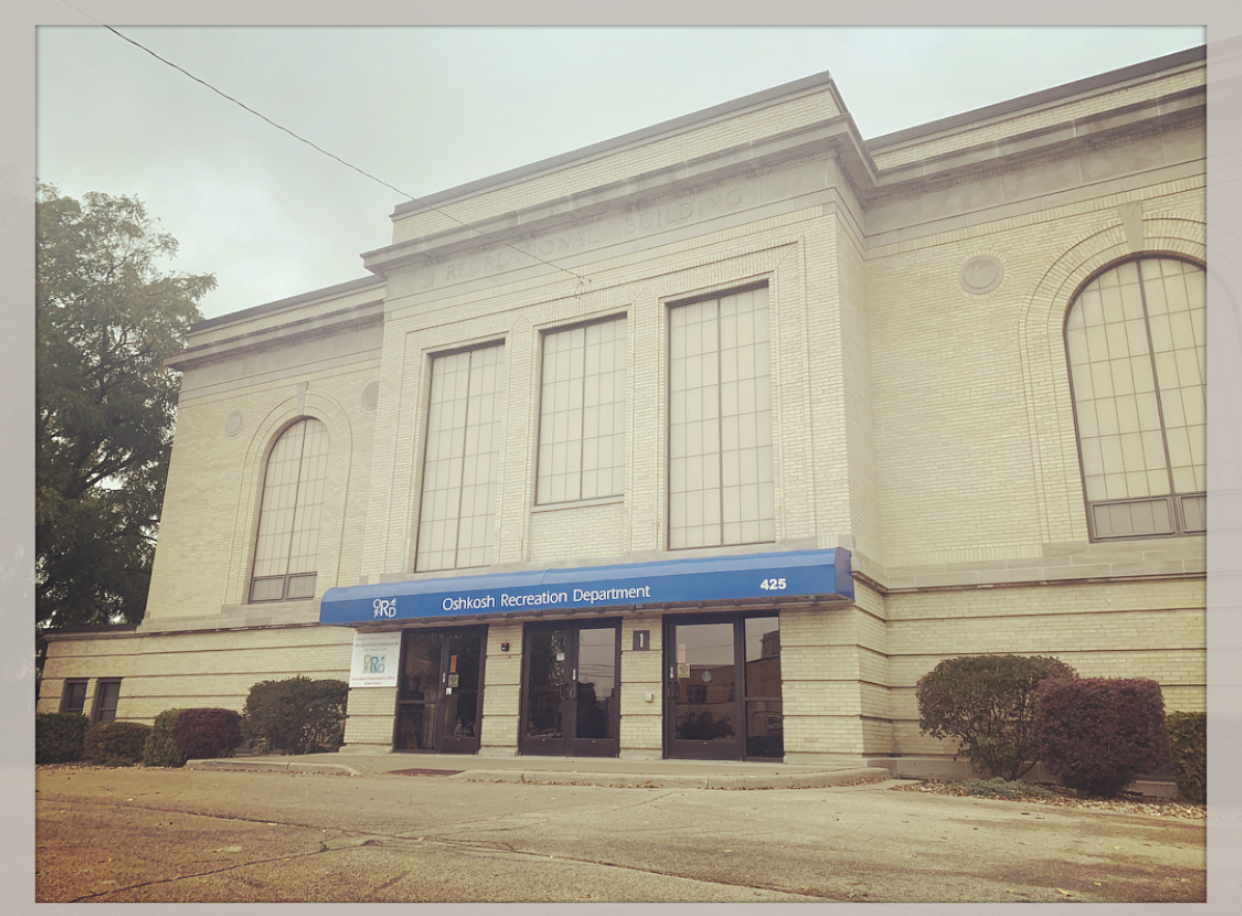 Today, over 3,000 people gather in the stands of the Oshkosh North High School gymnasium for basketball games, pep rallies and musical performances. Almost 100 years ago, roughly 900 people did the same at the Oshkosh Recreation Building. Originally built for the high school in 1927 it later became an extremely popular location to host city events, children’s basketball games and eventually led to hosting games for the All stars basketball team. Even though the crowd count was fewer, the energy and hometown pride of each game or event was still aplenty. However, in 1950’s the high school at that location had closed as they had made a new school across town. Thus leaving the Oshkosh Recreational building specifically to the rec department. Soon, more and more activities began to appear in the building, they had blocked off the stage to make more room for the offices and added a shooting range in the basement (later to close in 2005.) Back in the day when students had phy ed class, they had to walk outside around the beach building which separated the high school from the gym. Along with gym class, they had assemblies and pep rallies held in the gym. During school hours the gym wasn’t open to the public and only school activities could be held, however, after school and on weekends children’s basketball games and city events were held at the building. Eventually the Oshkosh all stars took over once the school relocated and the gym was their preferred location