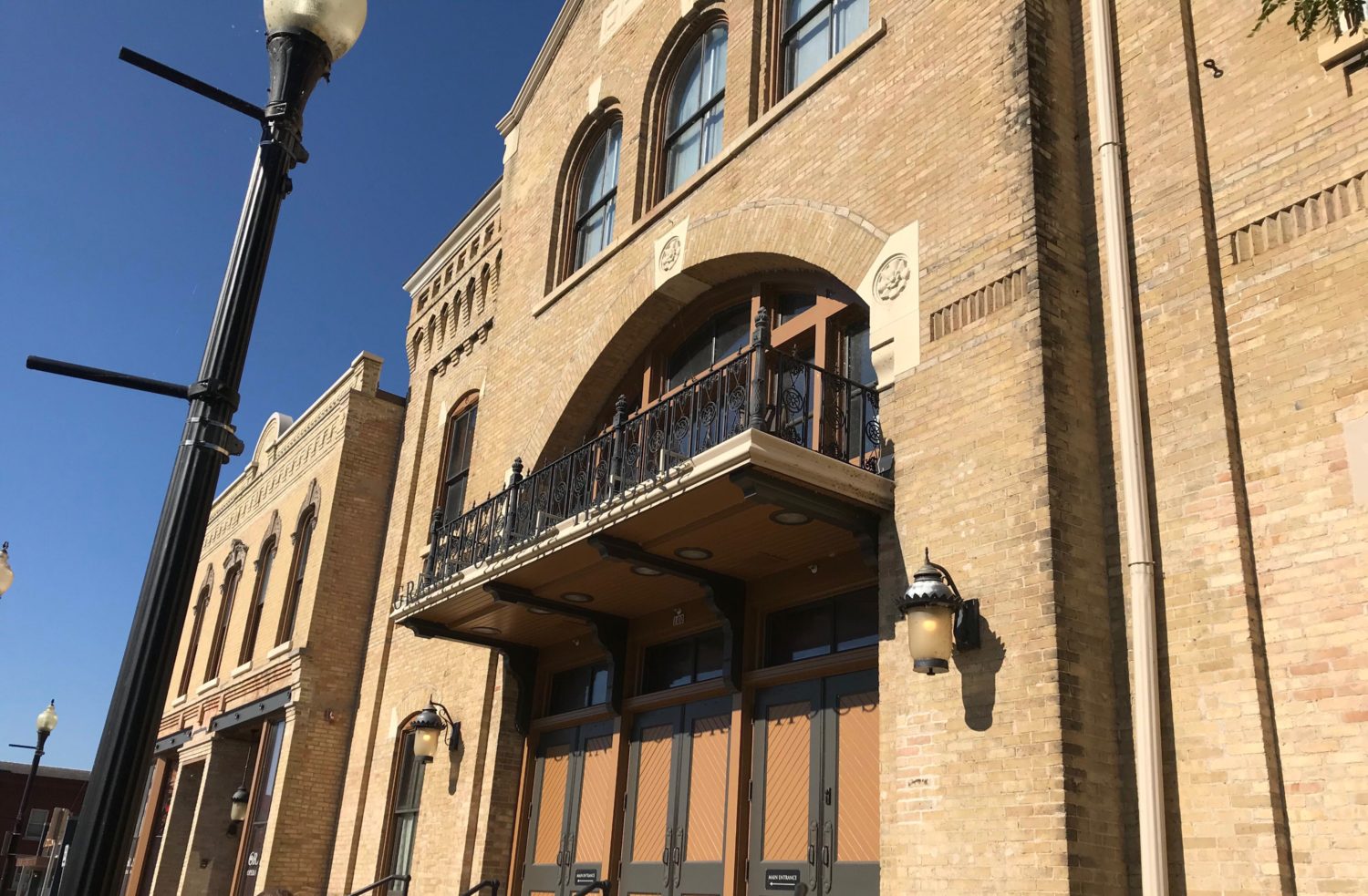 The Grand was always innovative for its time. Oshkosh was a huge factor in the lumber industry; we had plenty of lumber mills so that meant that they be plenty of wealthy people, we needed a first class opera house, then came to the grand opera house, In 1883 when the Grand was built it costed 30,000$ now that money is a around 750,000, This was a huge step to making oshkosh a better bigger city, The Grand has always been a host to plays and other things like that, It also has been named several different things, the Grand, Grand opera house and plenty of other things, William Waters designed this building along with plenty others, The master mind of William Waters created an extremely fancy opera house with custom painted walls and ceiling different colors every flower pots, babies, all these colors around you shining on the red seats that have ankle covers because it was rude to show ankles as a woman, you walk in it smells like an old basement you look around you notice 3 ring chandelier, you see what used to be a gas chandelier that every day a boy had to climb and light it . The Grand was remodeled twice to the T of the Grand in 1883, They still kept some of the same parts and accessories. From the outside the grand does not really look like Grand opera house it looks like an old office. In the second remodeling of the grand in 2009 added a lounge or a diner that you can eat at.