The Disappearance of the Door- Chloe Barta 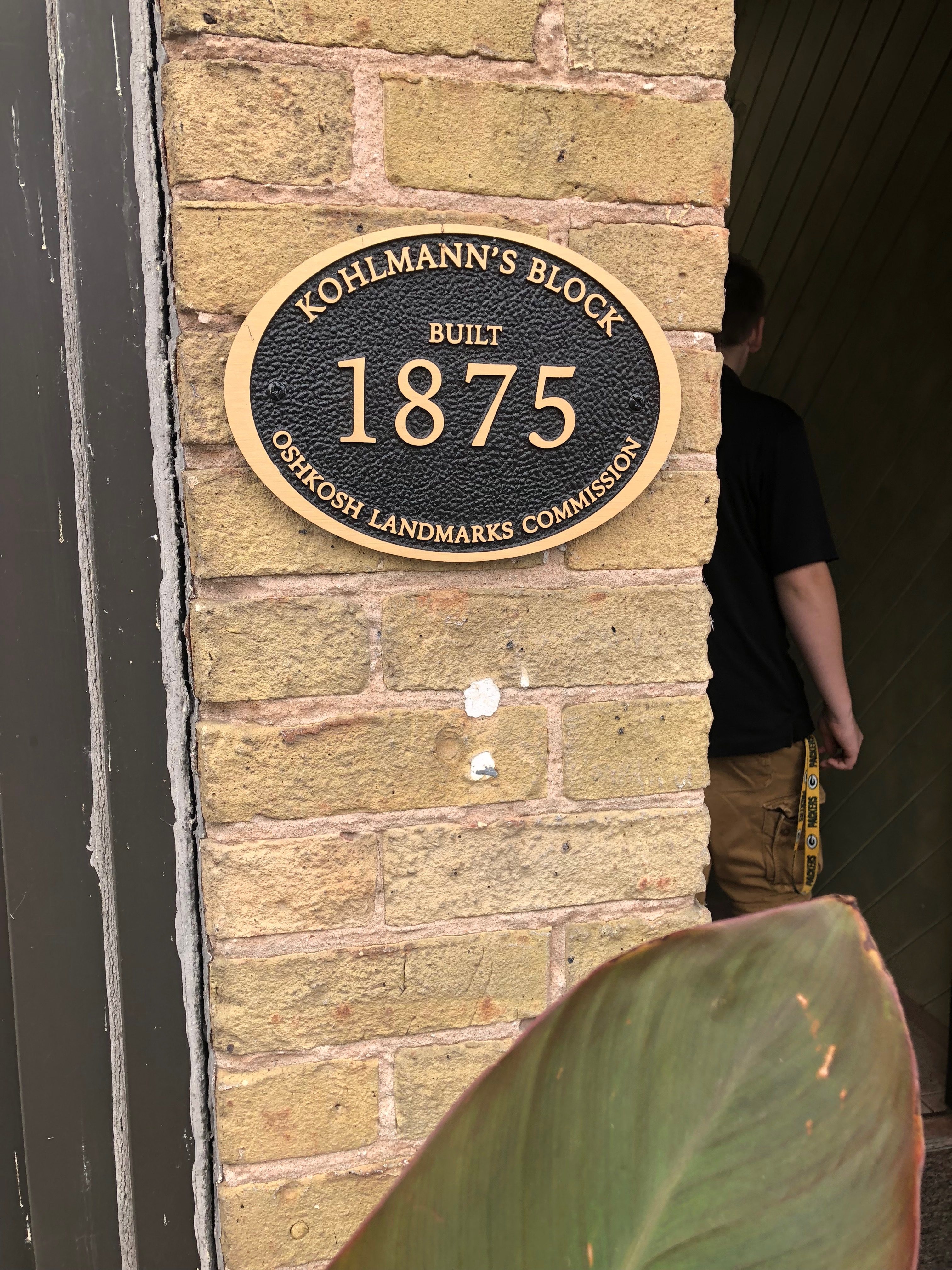 A building constructed in 1875 would have a door. As a matter of fact, any building manufactured would have some type of door whether it’s the door of a shed or an old historic building. Memories are made between these, stories and lives have passed through many.

A thick skyscraper of a wooden door was handmade in the 19th century and pushed in between two shiny, metal hinges for the Kohlmann brothers printing business. This door was removed and replaced with new windows and heavier, lighter and more vibrant bricks. Between these solid doors were two German brothers who created the first newspaper in Oshkosh that was not in English.

In the early 1800’s Oshkosh was filled with German pubs showing the rich heritage from the settlers, who moved so far from close family, friends, familiar faces and places. It would make no sense for these brothers to create another English newspaper, so they created the German newspaper, “Wächter am Winnebago”. The newspapers were continuously published from 1852 until it was discontinued in 1866. They tried again with the “Wisconsin Telegraph”, but sold that newspaper in 1885.

After the Kohlmann brothers had passed, many businesses have gone in and out of this 100-year-old solid door. These bricks patched a hole in history where the stories will not ever be forgotten and never left behind. Only to be seen by the difference in weight color and texture of the new bricks that replaced the door of past, present, and future.