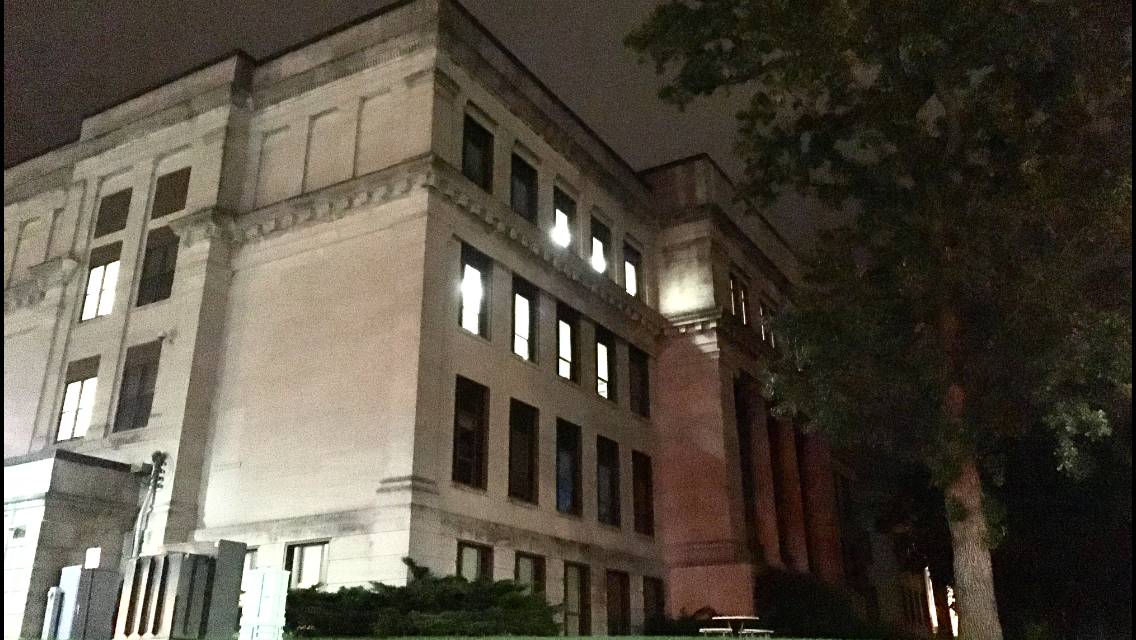 On Algoma Blvd looms the stoic, neoclassical, stone pillars, along with the aged cold edges that in winter are decorated with white powder and frigid icicles. The wise building used for many things is also missing its grand staircase. The building, long past new, that I’m talking about is the Oshkosh City Hall. The Oshkosh City Hall, formerly known as the Oshkosh High School was one of the last amazing designs before the great Wisconsin architect William Waters passed away. William Waters was born in 1843 and designed 20 plus buildings including the High School designed in 1914 before he passed away in 1917. During the remodel of the High School in 1961 when it was turned into the City Hall, the steps that were in front of the building were taken out. In the eyes of many Oshkonians, the mystery of the missing staircase is a tragedy as it was one of the most important design elements of this Water’s’ structure. The Oshkosh High School was codesigned by Henry Auler and built by CR Meyer company. Over time the school needed to be updated to meet the demands of the changing times. As the community grew, the walls and halls of the high school bulged to an over capacity student body. To resolve the overcrowding issue, the high school went to a switch schedule whereby students attended school every other day. Currently, renovations of the hundred year old Oshkosh treasure are being discussed. The former High School, with its museum like face, is in desperate need of updates and modernization if it is to continue being the hub of Oshkosh government in the 21st century.