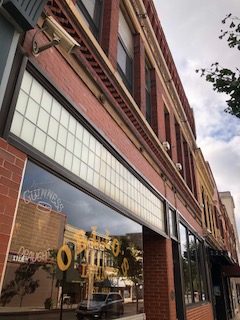 The year 1920 came and went, now 1921 has already set its pace and the summer nights were coming to a close. August 26th, 7:50 pm, Friday evening. As the dusk hours turn into the night, the soda shops turn into bars. Every one of them illegal. One specifically was extremely popular, The Annex Thirst Parlor. The eerie glow that surrounded bar that night had not been noticed by any onlookers as they were all inside. As your vision falls to the building, you would think that there was no one there. As you walk around to the back of the building, you hear the laughter of men, but hard to determine where the voices are coming from. The door in the back is cracked open just enough to see the silhouettes of the men on bar stools. The ages of the men ranged from men in their twenties up to men in their sixties. The men in the back room were drinking and boasting about how rich they all were.

Meanwhile outside, policemen were quickly trying to find any place that was illegally selling alcohol. The police who were on duty that night were not the regular ones who patrolled the city of Oshkosh. They were federal agents and state cops. The federal and the state police heard the Oshkosh cops were a little lackluster on the speakeasies going on in soda shops. The nine policemen were like hawks, waiting for their prey to show themselves before they go in for the strike. But after a while, when no one was leaving the soda shops, they decided to go in for the kill blind. The police decide to check The Annex Thirst Parlor. They walked in the front door, excited to bust the fun. The men in the back room, who were still bragging, were too drunk to realize the break-in that’s going on upstairs. Albert Steuck, the owner, is the first to realize they aren’t alone. They figure it was a newcomer because they didn’t use the back door. So Albert Steuck decides to get up and open the door that leads to the front room, clearly intoxicated.

Albert was clearly surprised that there were police in his shop, but he wasn’t the only one who looked like they had just hit a brick wall. After a few seconds of awkward silence, the shortest policeman spoke. All of them looked around to see who was talking until they realized he was just a little taller than the bar. His voice didn’t sound like you would have expected for his size but, it was powerful.

That night Albert Steuck was arrested for selling intoxicating beverages. He was not the first to be arrested that evening, and he was definitely not the last. 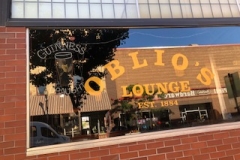