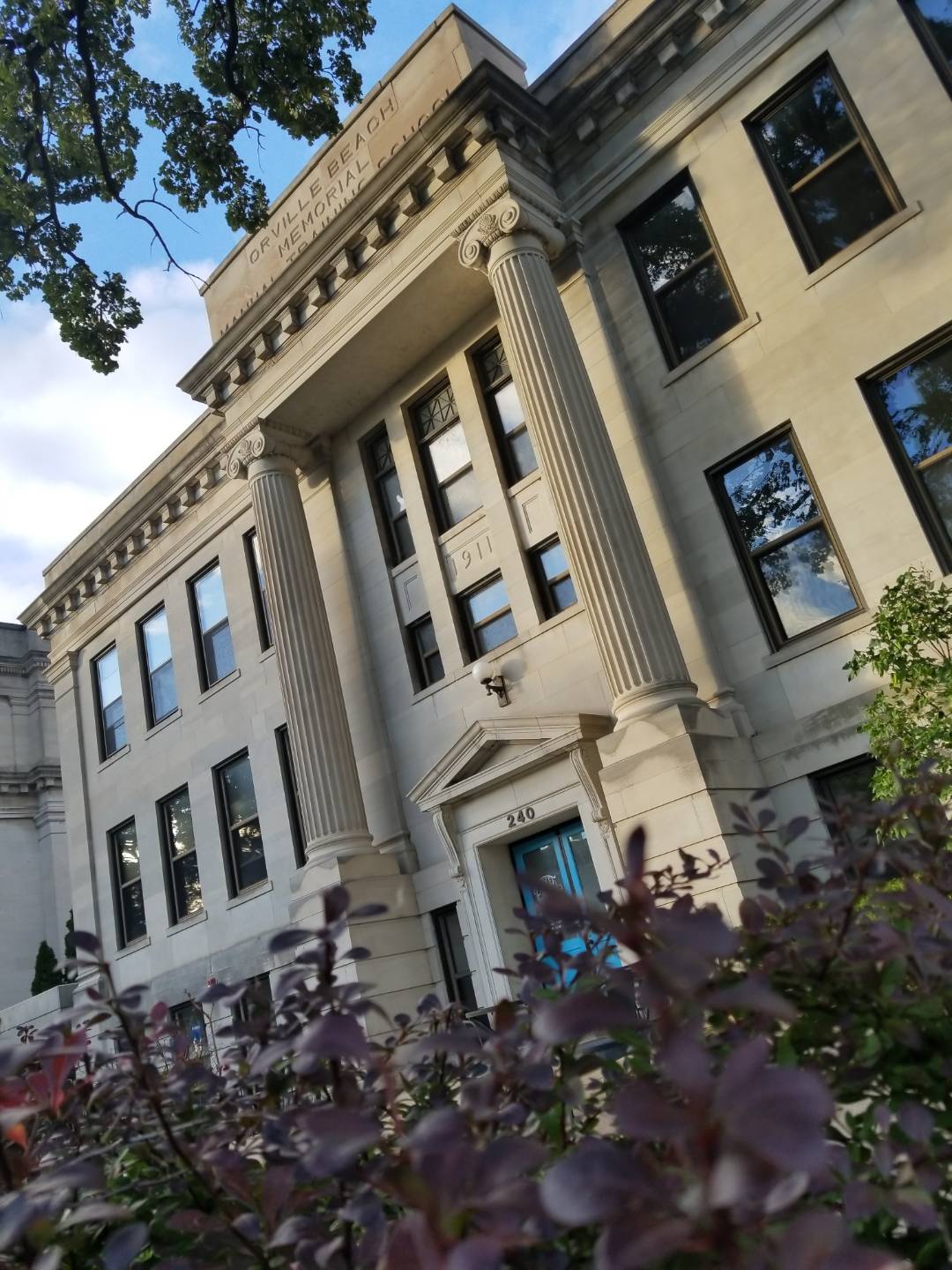 Orville Beach was a very successful businessman. He moved from New York to Oshkosh and owned a few lumber companies, a few banks, was involved in the city council, was one of the main founders of the Mississippi Railroad, and he owned a big, beautiful house. When he died in 1903, he left a great amount of money behind because he wanted a school to be built where his house was. The workers tore down his house and soon built a school there.
This was no ordinary school though. This school was a Tech school. It was called the Fox Valley Tech school. It was a huge thing back then to have a school that’s for something different than the regular curriculum. It also was one of the only other schools in Oshkosh.
The school was connected to two other buildings (which also were schools). This school taught subjects like; wood working, sewing, cooking (and others). “The object of the school to be teaching of cooking, sewing and household economy to girls and the teaching of all things mechanical and other technical work to young men and to teach to both girls and boys such things as are usually taught in modern manual training schools ” This quote was from a Northwestern reporter back in the day.
The Sewing department of the Tech school was only for girls. The girls learned how to cook and clean and make things out of fabric and cloth while the boys learned how to woodwork and other things. This school probably smelt like fresh sawdust and new fabric. This school was very important back in the day because it was normal back then for the women to clean, cook and sew in the house while the husband was working. That’s the type of society they lived in. These skills were important back then for the Tech school and others.