Quill's Window to the Past- Andrew Schedel 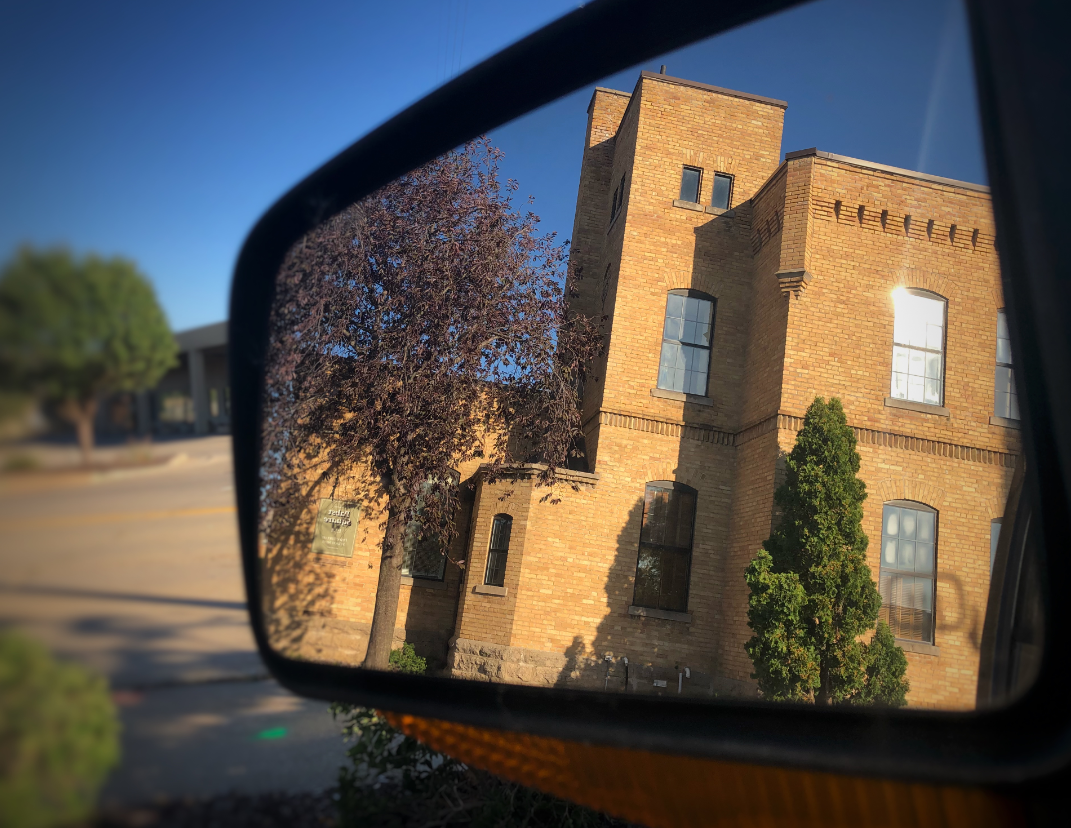 Quill is a company in Oshkosh that now takes one-third of the old Pabst building. Quill is a marketing company who helps companies with logos and advertising strategies. Quill helps companies such as Oshkosh Truck, Fifth Ward, and Oshkosh Country Club. My team and I interviewed Ryan Albers, one of the founders of Quill, and we asked him how they kept the history of the Pabst Brewing Company. To our surprise, there was more history in the current building than we thought. For example, right when you walk in the door there is a newspaper from the day Pabst was opened on the wall. There is an article on that newspaper that talks about the property Mr. Pabst bought and how he is banking on Oshkosh to help grow his company. The newspaper states that Mr. Pabst bought multiple spaces of property, which are now torn down besides the main Pabst building. Quill also took some of the battered scrap metal taken from one of the Pabst warehouses that were torn down and they made that scrap metal into a Quill logo that is on the inside of their office. In the office, there are also exposed brick walls that they did not plaster over to keep the historical importance. Also, our interviewee purchased some old wooden keg pallets and built tables out of them which I thought was a very cool way to incorporate the old history of the building, especially since that same building was the place where they kegged the Pabst beer. To wrap it up, Quill is a newer company but they do an astounding job in recognizing the history of the building and incorporating local history into their workplace.