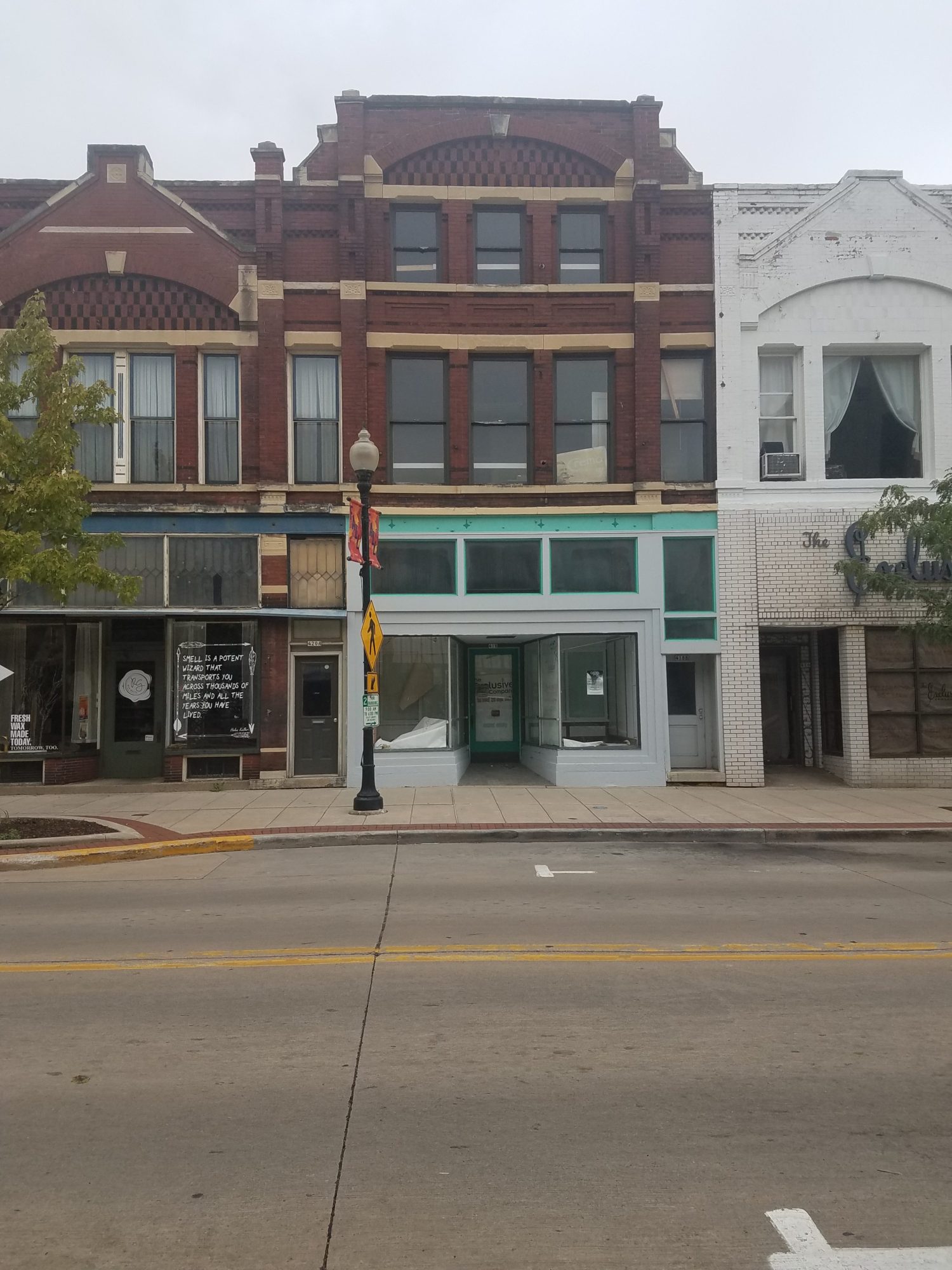 In the 1800s, lumber was booming in Oshkosh Wisconsin, especially when the Great Chicago Fire broke. The lumber industry was a very large part of the economy, which led to the fortification of buildings in Oshkosh, making it a city. William Waters, a popular architect; a designer, came up with the idea to construct 3 individual housing areas, that are all connected together. Waters never got around to build these stores, as he was a busy man; but another architect, E.E. Stevens, got a hold of the blueprints and made this building real. These three buildings were initially designed for storage, and housing, described as a “Commercial Gothic” by the newspapers at the time, meaning gloomy and grotesque. The middle building, three stories tall, was first occupied by a native Holland, Theodore Derksen, where he sold cigars; as that was a popular item to purchase. They were very successful at first and began thriving, selling more than one million cigars a year, but slowly declined, like a trend going through its lifestyle. Like the Great Depression, and World War II rolled by, cigars became unavailable and cigarettes slowly replaced their spot. And the other store was owned by August Weidner and John Thielen and together they retailed liquor wholesale. At 1886, Weidner dispatched from the business, while Thielen continued until 1892. At that point, he had moved the business over to Harry Maxwell, he didn’t continue the alcohol market, and turned the buildings into contained billiard parlors and “sample rooms”. It maintained static until after World War I, then it became a clothing store. Midway through World War II, it became an office supply building. And from 1958 until recently, the store was occupied by the Exclusive Club, where they sold music, records, music players, and studio/audio equipment, but relocated a couple stores south.